If you weren’t able to visit the conference, or wish to reminisce, lecture videos and conference photos are online.

Take a look at the photographs on Flickr with tag: dorscluc2013. 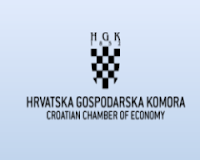 If you have problems and/or questions please contact us at info@dorscluc.org

We are honoured to present our foregin keynote speakers.

For now we have following keynote speakers confirmed:

Matija Škulje will have an interactive Q&A with convention’s audience based on topic: Free software and ways that Free software foundation helps in this regard.

Alex Malinovich and Vlado Herman will have keynote and workshop connected with Git and GitHub.

More about our foregin keynote speakers you can find out here.

Croatian association for open systems and Internet and Croatian Linux Users’ Association are announcing “Open Informatics” award contest for achievement in free and open source world for the year 2012.

Deadline for award application is 24th of April 2013

Applications for the award contest  are closed. Winner will be announced at the convention 15th of May 2013.

Who can apply for the contest? All citizens of Croatia, organizations, companies and institutions from Croatia who have achieved notable results in a year 2012  through development, implementation, usage and promotion of free and open source technologies.

Nomination about the contest candidate has to contain following:

In both cases it is required to cover why is candidate nominated for the award, it is also required to list candidate’s achievements considering FLOSS in a year 2012 which have to be argumented.

Suggestions of nominated candidates should be send:

All incomplete and “not sent in time” nominations  will not be included in the contest. All additional informations about the contest you can get via phone (01) 6129-660 or via e-mail: natjecaj@open.hr

(Note: send it in Croatian language – you have Croatian version of this contest announcement  here, you have probably noticed that our web is bilingual Croatian/English)

Photo courtesy (Office of the president of Croatia, Tomislav Bušljeta)

At the meeting with president, members of previously mentioned associations disscussed about FLOSS technology, possibilities it offers and of course Croatian Linux Users’ Convention 2013.

It is an honour to highlight that the president of Croatia will visit Croatian Linux Users’ Convention 2013 and that he accepted to be one of the highest sponsors for the convention.

The rest of the photos are available here and here. Call for sponsorship is still open.

Call for media is still open.